My convenor report for the 2014 Transition Newcastle AGM

At the end of In Transition 2.0 (a great documentary we showed last year) it says:

What we are convinced of is this:

In many ways I think this is a great summary of the position we find ourselves in today.

In the Do the Math documentary (you can watch it online by providing your email) they present three important numbers 2; 565 and 2795:

In other words it is vital that we find alternatives to fossil fuels. Of course it is not just fossil fuels we need to think about. The following video introduces the concept of ecological overshoot.

We can’t rely on the Government to fix things.

At the national level, the Government is abandoning the carbon tax, it has axed the Climate Commission, it is planning to axe the Clean Energy Finance Corporation, and it has appointed a self-proclaimed climate sceptic to review the clean energy targets.

Things are not quite as grim at the state level but it’s still not great. Proposed changes to NSW planning laws are a matter of concern (e.g., making the economic benefit of large mining projects the main consideration in the approval process); the budget for the Office of Environment and Heritage has been eroded over a number of years and there is continued to support for Coal Seam Gas.

In Newcastle we have seen climate change and sustainability slip from the Council’s agenda as demonstrated by the Environment and Climate Change Services Team being slashed. Things are looking a bit better in Lake Macquarie with programs like their great Sustainable Neighbourhoods.

If we wait for the government it will definitely be too little too late.

Our number of supporters continues to grow too. We now have 863 subscribers to our email list (email info@transitionnewcastle.edu.au to subscribe) and 663 likes on our facebook page. 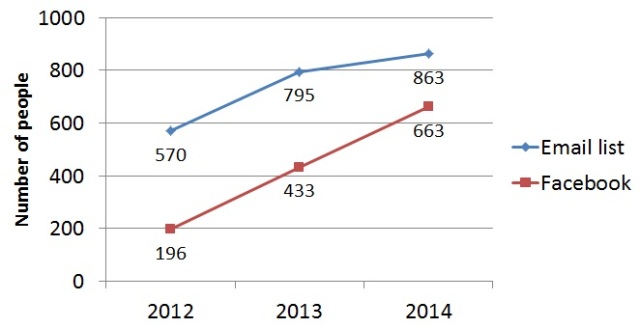 For the coming year we have three main focuses (although others may be added):

Of course there are going to be a variety of other activities. We have a small group looking at the possibility of hosting the third Fair Share Festival, we’re looking at the best way to promote verge vegetable gardens on nature strips, and we are discussing a parenting forum in partnership with the Family Action Centre to celebrate the 20th anniversary of the international year of the family. (See some reflections on one we held in 2012.) It is going to be another big year.

I must admit I’m proud to be part of Transition Newcastle. We are a small core group putting in a lot of work. For example, we worked out that the group put in at least 1800 hours volunteer hours to the Transition Streets Challenge. It is also a good group to work with. Sure we get frustrated with each other at times and we don’t always agree on everything, but there is a good vibe in the group and we work well together. The little things like sharing brunch at our committee meetings help make a difference.

The end of the quote I started with was “but if we act as communities, it might just be enough, just in time.” It’s important to recognised that Transition Newcastle is not alone. There are many other initiatives, groups and individuals in the Newcastle region making a difference. We are only one part of a growing groundswell.

It is nice knowing we are not alone.

I’d like to finish up this year’s report with some heartfelt thanks. A big thank you to Hamilton Uniting Church for the use of their facilities – it is wonderful having that support. We have had a few generous donors who have wanted to remain unsung, but we really appreciate their support.

Many people have put in a lot of hours into the group including our office holders and the people who come regularly to the our committee meetings; there were the street contacts for the pilot of the Transition Streets Challenge who played such an important role in making it a success (and welcome to our new ones for 2014!) and there are a many other people who have helped in a range of other ways.  We really do appreciate all the work done.

It is risky singling out individuals but I do want to specifically acknowledge Emily who has been treasurer for the last three years and Cathy who puts in 100s of hours to Transition Newcastle (especially the Transition Streets Challenge). Thank you!

And of course thank you to all of you who have come along and supported our annual general meeting.