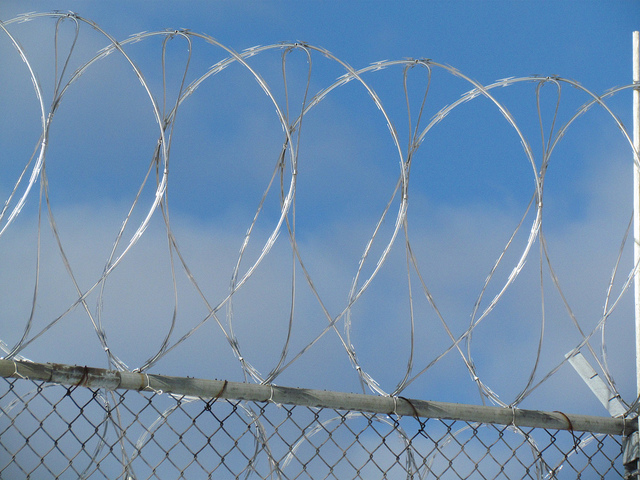 I mentioned in my last post that, as part of shifting the focus of my work to parenting and families, I’ve been reflecting on some of the work I’ve done with families over the years. Yesterday I wrote about the experience of Aboriginal fathers in prison based on some fathering workshops I helped facilitated (with Craig Hammond) for Aboriginal men in prison. This time I will talk a bit more about some of the challenges in running the workshops, and later, what worked and what we learnt.

Though the workshops we recognised the importance of fathers in their children’s lives, explored the roles the men played as fathers (both in and out of prison) and ways in which they could strengthen these roles, and encouraged the dads to think about how they could improve their connections with their children. In a way the workshop title – Brothers Inside – could have been a bit misleading (after all the workshops were about being a father, not being brothers) but Aboriginal men often call each other “Brother”, hence the name.

The workshops, normally 4½ days spread over two or three weeks, were based on the beliefs that:

Inconsistent attendance. Particularly in the first series of workshops, attendance varied from session to session which interfered with the continuity of the program. In the first series this didn’t matter too much because our main focus was building relationships with some of the men and gaining credibility with the fathers and potential participants. It was clear we were being checked out and being tested. Fortunately we won the approval of some of the participants (including some men with quite a bit of influence amongst the Aboriginal inmates) and word spread that we were OK.

The first series involved 8 half-day workshops, once per week. Too many of the participants moved from the prison over the two month period so we changed to 4 or 4½ days spread over two or three weeks. Attendance was much better in the rest of the workshops, although at times there were still problems. Non-attendance was caused by a wide range of reasons including:

Poor rooms. Some of the rooms we had to use were not really suitable for the workshops (e.g., one was a craft room and we were frequently interrupted by people needing something in the room). Where possible our main prison liaison person organised us one of three rooms that were suitable. The one we found best was a large room (used for carpentry) which had an outside area fenced-off from other inmates. This meant we were less likely to be interrupted and were less reliant on custodial staff letting us in. In the other rooms a custodial officer had to be present in the building or we could not proceed, which occasionally meant we were delayed.

Disruptions due to operational requirements. Due to operational requirements, the workshops were sometimes interrupted. In particular there was a lockdown at least once during each series of workshop. Lockdowns could be a result of security breaches (e.g., a gun was found near the perimeter of the prison), cell searches, stop work meetings, or for some other reason (e.g., there was a lockdown on the afternoon of the Melbourne Cup!). Buy-up days. Workshops that coincided with “buy-up” days (when inmates receive goods they ordered from the prison store) were more likely to be disruptive. We found that the participants were often more distracted on these days as they wanted to make sure that they had received their purchases, they needed to settle accounts (between inmates) and were generally somewhat unsettled. Where possible we avoided buy-up days and, if we were unable to, our prion liaison attempted to organise the buy-ups in a way which caused a little disruption as possible.

Inmate behaviour. Although most workshops have some challenging behaviour, the context of prison workshops meant the workshops could be fairly volatile and there was often the potential for incidents to escalate. Most of the incidents were relatively minor but if addressed inappropriately the situation could have easily got out of hand or we could have lost the respect of the participants. Examples included:

Keeping it real. At times we felt that the Brothers said what they thought we wanted to hear in the hope that it would help with re-classification (e.g., so that they would become eligible for weekend leave) or when applying for parole. We needed to work hard to ensure that the workshops remained as genuine as possible.

A non-Aboriginal facilitator. At times it was challenging for me as a non-Aboriginal facilitator from a very different background (e.g., I was often the only person who hadn’t been “flogged”, or beaten, as a child). Without Craig’s credibility as a well-known and respected Aboriginal man and his ability to engage the fathers, the workshops would not have worked. I helped with the facilitation and planning of the workshops but his role in building relationships was crucial. It was a positive move when we were able to employ another Aboriginal man to help facilitate the workshops instead of me.

Despite the challenges, the workshops worked well. In the next post I will discuss some of the things that helped make them a success.