When is it OK for kids to walk home alone? 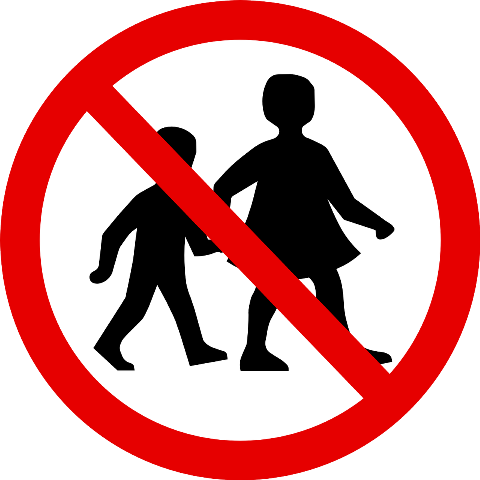 I was very interested in a recent news story from Maryland, USA which created headlines around the world, raising the issue of parental responsibilities. Parents, Danielle and Alexander Meitiv are still being investigated for allowing their children (aged 10 and 6) to walk a mile (1.6 km) home alone from a park.

Despite the Meitivs hoping the matter would soon be closed, a meeting on Monday with the Montgomery County Child Protective Services failed to reach a resolution and they are still under investigation for neglect. The main issue seems to be that Maryland has a law stating that:

It is interesting to note that it doesn’t actually say anything about children walking home.

The case has sparked a great deal of debate about whether or not it is appropriate for young children to be allowed to walk home alone and how closely parents should supervise their children. Of course, there are real grey areas with this issue. If 6 and 10 years old is too young, is 8 and 10 OK, or 10 and 12? Last year our daughter (then 10) regularly walked home from school, about 1km, with an 11 and 8 yr old. Is this very different from the US case? Would many parents here not allow that?

I think it is really important that we encourage children to make decisions for themselves, take risks and explore their surroundings. While we shouldn’t take unnecessary risks, we also shouldn’t be overprotective. Last year 54 children aged under 15 died in road fatalities in Australia, but we don’t see parents as being irresponsible when they drive their children somewhere. We know there is a risk but we take safety measures (e.g., ensure they are wearing safety belts) and believe it is an acceptable risk.

Children are more likely to be killed by a car than to be murdered. In 2013 (the latest figures available) 10 children aged under 15 were murdered but receive much more media coverage.

I want our daughters to know that most people ARE trustworthy and that if they are lost or something has happened to them, most people can be relied on to help. We have discussed with them who would be good people to approach if something happened (e.g., shop keepers, parents in a park) and when they might want to be careful (e.g., if they are approached by a stranger for no good reason, if they feel unsure about somebody’s motive).  Somehow we need to help our children learn how to keep themselves safe in a range of situations.

Of course it might be appropriate to let children walk home in one context and not in another. Looking at some of the interviews with the Meitivs, it seems that they have thought about how much independence to give their children, try to manage potential risks and take their role as parents seriously.

Growing up is a process of becoming more independent and walking home from school, exploring the neighbourhood with friends and going on adventures are ways that children can gain confidence and learn a great deal. For parents, it is surely a process of gradually letting go, allowing our children to make their own decisions and being confident in their abilities to look after themselves.

How much independence do you give your kids?

13 Responses to When is it OK for kids to walk home alone?