Community engagement and the Stop Adani national day of action 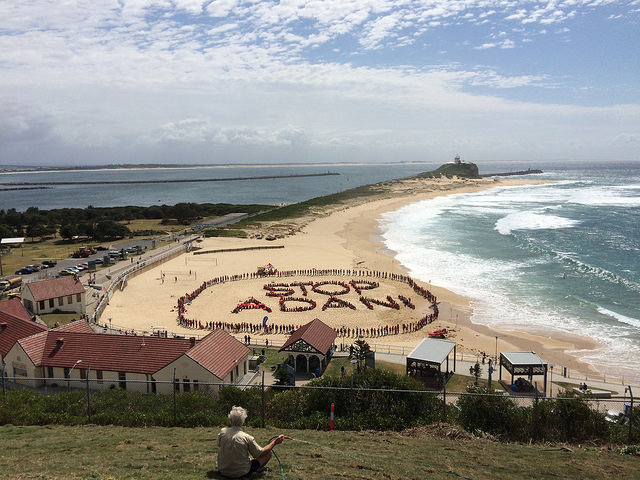 Last weekend (7-8 October 2017), people around Australia put their bodies on the line to send a message about Adani’s plans for the Carmichael Mine in Queensland: one of the World’s largest coal mines. In over 45 locations in Australia, people spelt out “Stop Adani”.

My family and I were in Lismore visiting friends the week before so Cathy took photos of us creating letters with our bodies and then put the photos together to create our message. 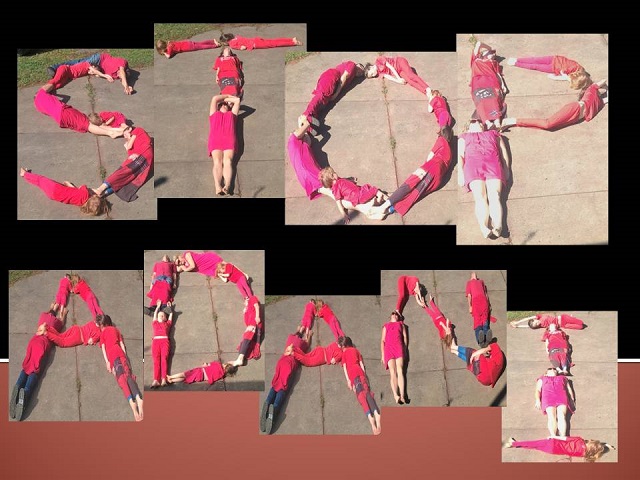 My family and some friends spell out our message re the Carmichael Coal Mine (Photo: Cathy Stuart)

On Saturday we joined over 600 people in Newcastle to spell it out on the beach (we’re in the bottom of the T, with Cathy’s parents who are both in their 80s).

The Carmichael Coal Mine in Queensland being planned by Adani, is problematic for a number of reasons including

But the biggest issue is that we need to transition away from Coal.

I saw a great sign at the Newcastle rally:

The Stone Age didn’t end because we ran out of stone.

Yes coal and oil are cheap convenient sources of energy but that doesn’t make them OK. We need to cure ourselves of our addiction to fossil fuels. Major transitions are disruptive, and we need to make the transition to a low carbon future as quickly as possible. Yes there will be pain in the process but delaying it only makes things worse for future generations. We simply cannot afford to keep relying on coal and oil.

The Stop Adani action, organised by “Change Agents” provide “Citizens” with the opportunity to show their support and help raise social awareness. Clearly, community engagement actions like this will not prevent climate change, but they are an important part of the process. 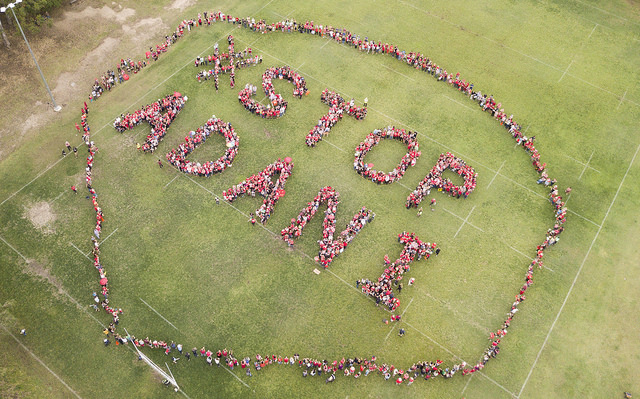 You can see more photos from the day here.

If you find any problems with the blog, (e.g., broken links or typos) I’d love to hear about them. You can either add a comment below or contact me via the Contact page.